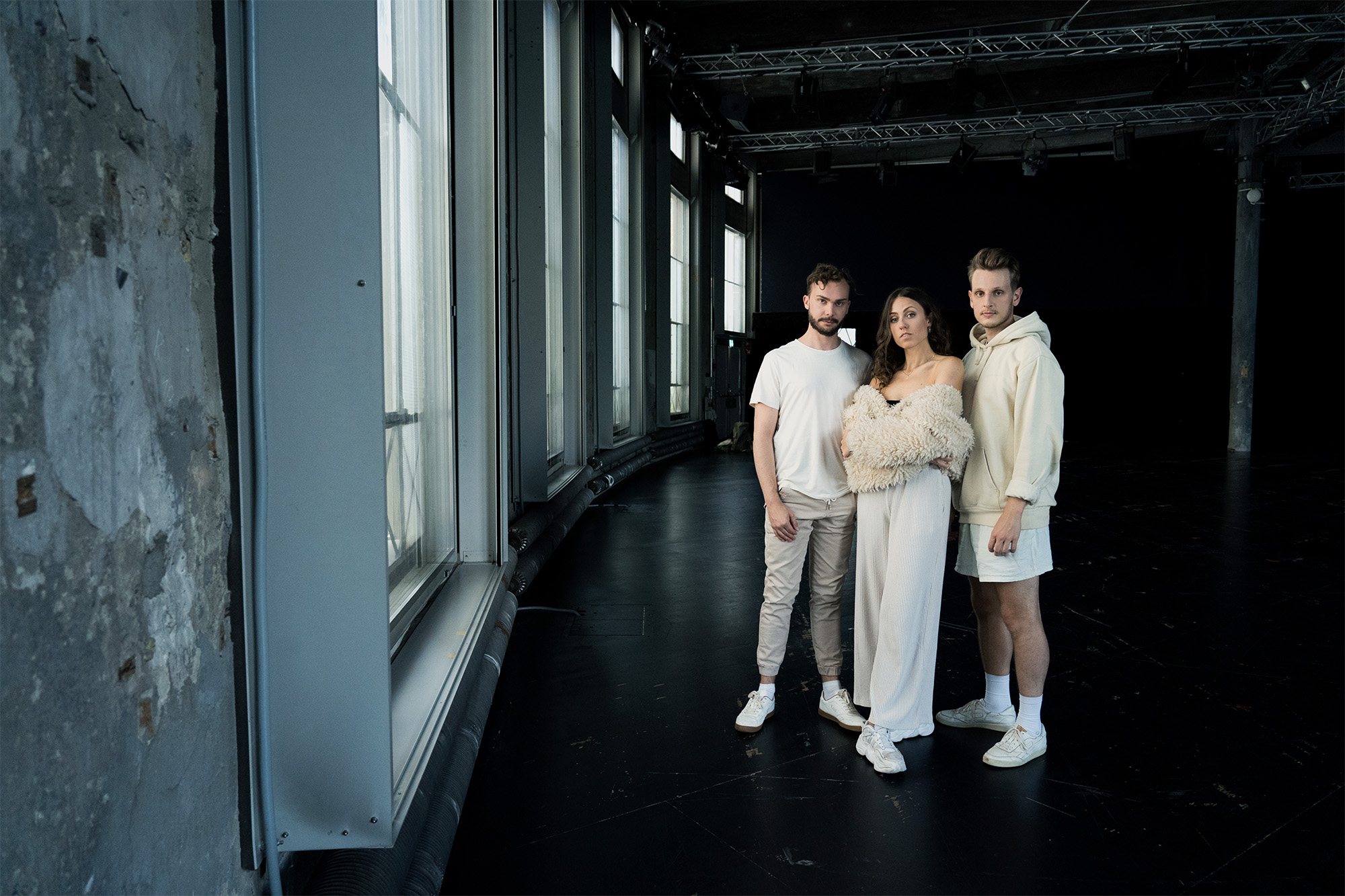 Fresh, electronic pop that seems soft and fragile in one moment yet challenges the world in the next – that’s the promise of the newcomer trio WE ARE AVA from Eastern Switzerland. On the road for just three years, the trio has already drawn quite some attention with their dream-dancing sound, pointed lyrics, and the clear voice of singer Kim.

Only one year after its foundation, the band released their debut EP Feel Them Listening. with 6 songs (including Go Home) in fall 2019 and reached first airplays and playlist placements.

Despite the world situation in 2020, Andy, Nicola and Kim didn’t resign and worked constantly on new music, releasing three singles in the same year. In 2021, more singles followed including Conquer Me and More Than You Like Me, which served as a kick-off for the debut album Inner Gardening. The record was released in September 2021 and shines with 11 strong pop songs. The band’s sound is more mature, poppy and captivating, but also more disarming than before and shows how much the three have developed since the release of their mini album in 2019. The soundscapes are infectious and multi-faceted, the vibe international, the vocals clear and distinctive, the lyrics grabbing issues by the scruff of the neck to deliver a 34.52-minute soul trip.

The debut album landed directly in the Top 50 of the Swiss album charts and convinced the major Swiss radio stations. The focus single Won’t Do It Again also placed in the Top 100 of the airplay charts and was promoted by various stations (SRF3, Rete Tre, RTR, Option Musique, FM1, div. Energy, Radio24, Pilatus, Zürisee, Freiburg, Chablais, Inside, Munot, Sunshine, LFM, etc.). Another adventure was the shooting of the associated music video, which was realized in cooperation with ProSieben and Switzerland’s next Topmodel. Moreover, the trio was named Best Crushing Newcomerof October 2021 (20 Minuten), followed by a Swiss Music Award nomination in the same category.

As a self-confessed live band, they have already been able to show their passion for the stage at over 70 concerts, but above all, are looking forward to the upcoming summer festivals with highlights such as the Quellrock Openair or Openair Lumnezia.

ALL OUR TV APPEARANCES, RADIO
INTERVIEWS, BLOGS AND MORE: